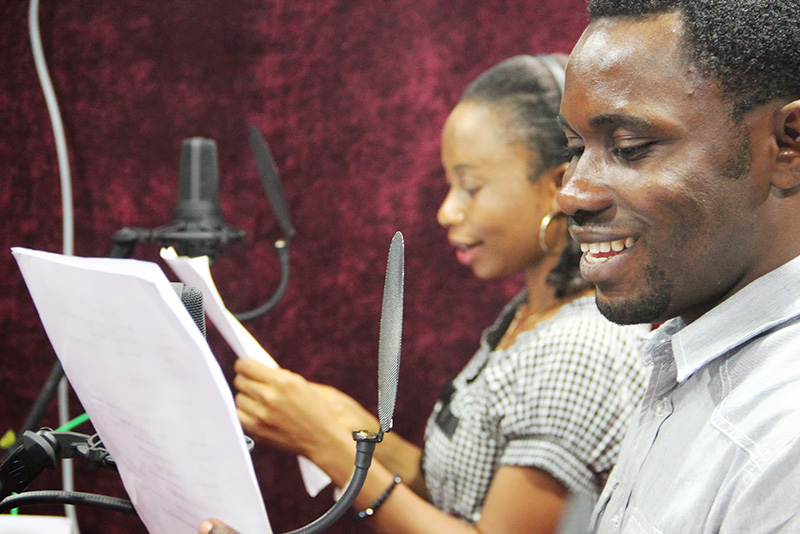 In fact, though it has some weaknesses in recognizing and affirming the rights of other species to exist, the guiding policy document for member states of the United Nations concerned with population issues, called the Programme of Action of the International Conference on Population and Development, notes in section 11.23 that:

“Governments, non-governmental organizations and the private sector should make greater and more effective use of the entertainment media, including radio and television soap operas and drama, folk theatre and other traditional media to encourage public discussion of important but sometimes sensitive topics related to the implementation of the present Programme of Action.”

Entertainment-education is a strategy proven to engage audiences, introduce ideas, and empower people to make better-informed decisions by offering the audience information and encouraging self-assessment and discussion within their social circles. These new social dynamics create the conditions for lasting changes in social norms to take root. Crucially, changes in social norms are an essential component to many issues germane to the Programme of Action of the International Conference on Population and Development, such as universal access to reproductive health, improved status of women and girls, and overcoming social barriers to unrestricted access to modern contraception.

Social learning theory demonstrates that people learn from role models. Long-running serialized dramas on radio and television — in other words, soap operas — that are created by local writers, actors, and production staff, can create programs that are culturally sensitive and appropriate to bring about positive behavior changes as they relate to the goals and objectives of the Programme of Action of the International Conference on Population and Development.

Specifically, through the use of “positive,” “negative,” and “transitional” fictional characters exhibiting different behaviors, the range of behavioral options the real-world audience is aware of is broadened. Audience members gradually learn the consequences of decisions the characters make around a variety of issues.

Population advocates should be familiar with and promote this strategy, which can address a wide variety of human rights and human health issues issues related to slowing down and stopping human population growth.

Some major practitioners of entertainment-education and other behavior change communications strategies around the world include: