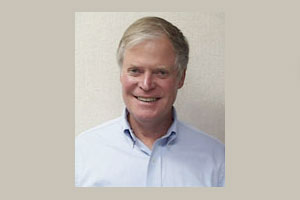 Joseph Speidel, MD, MPH, is a celebrated author, researcher, and advocate in the field of family planning, contraception, and population policy issues. Speidel is a graduate of Harvard College, Harvard Medical School and the Harvard School of Public Health. Between 1995 and 2003, he directed the population grants program of the William and Flora Hewlett Foundation. Previously Dr. Speidel served as president of Population Action International and directed USAID’s Office of Population. He is a recipient of the Arthur S. Flemming Award, the Carl S. Schulz Award, the Family Planning Visionary Award, and the Allan Rosenfield Award for Lifetime Contributions to International Family Planning of the Society of Family Planning. Speidel serves as chair of the board of directors of Population Connection and is a co-founder of The Funders Network on Population, Reproductive Health and Rights. He has written extensively about family planning, contraception, and population in over 100 articles and more than a dozen books.

Speidel is currently a professor at UCSF (University of California, San Francisco) at the Bixby Center for Global Health in the department of Obstetrics, Gynecology & Reproductive Sciences. His current research focuses on population policies, environment, and contraception.