Overshoot, Biodiversity Loss and The Connection With Family Planning 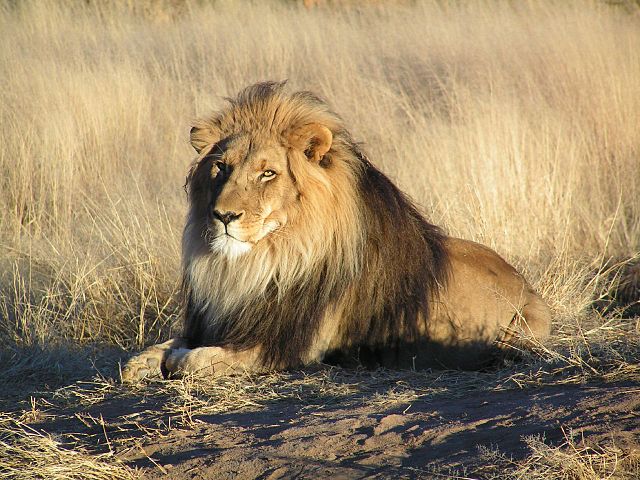 The outrage over the killing of Cecil the Lion from Zimbabwe is understandable. Yet this lion is just one of many species of animals killed by humans – intentionally and sometimes unintentionally.

There are many threats to endangered species, threats that continue to occur, with little comment, namely population growth, consumption, and overdevelopment. Would people be outraged if they knew that wild habitat for almost all species in Africa – and the world over – is decreasing due to the sheer number of people on the planet?

Also worth noting is that August 13th is Earth Overshoot Day. Global overshoot occurs when humanity’s annual demand for natural resources exceeds what Earth’s ecosystems can renew in a year.

If we are to save nature, we really need to talk about population and consumption. Tough issues, but one place to start is by supporting voluntary family planning and the rights of women and girls.

There are perhaps 30,000 lions left in Africa. If all hunting and poaching miraculously ended today, there is still not a lot of hope for wild lions. Cecil was in a park, but even that doesn’t protect animals, and many species need corridors to roam, more than what parks tend to offer.

Beyond habitat cleared for homes, firewood, agriculture, and sprawling cities, much of Africa is being “developed” for products such as palm oil and flowers for export markets.

An Investment That Pays Dividends

If emotions over the loss of endangered species such as lions, tigers and elephants could be channeled into support for voluntary family planning, it might make a big difference.

Approximately 225 million women in developing countries want to avoid pregnancy but are not using safe and effective family planning methods, for a variety of reasons. What is needed are investments in contraception, health care (especially maternal and newborn health), supporting girl’s education, ending child marriage, and promoting women’s empowerment.   This is the “low-hanging fruit” – things that should be done and can be, at a relatively low cost. The UN states that it is essential to invest in reproductive health and family planning, particularly in the least-developed countries, so that women and couples can achieve their desired family size.

Africa isn’t the only continent grappling with humans vs. nature. Pick any continent, country or region and there are species at great risk – tigers in India, orangutans in Indonesia, bees in the U.S., polar bears in the arctic. Humanity’s insatiable consumption for resources is a major driving force of biodiversity loss.

Our current economic system is based on ever more growth – of resources and people. Changing that system and changing the way many of us consume will be challenging, but if we want to have lions and tigers and bears in the wild in the near future, change we must. One easy first step is investing in family planning.

It really boils down to a paradigm shift – recognizing that nature has rights and that it isn’t here for humans to use and abuse and to provide us entertainment. There are consequences to our actions, and if we as a global society allow species that are an important part of the web of life to disappear in the wild, we might be changing it to our detriment.

With each passing year, the day of Earth Overshoot comes earlier and earlier. We need to create the political will to make the right investments that protect people and the planet.